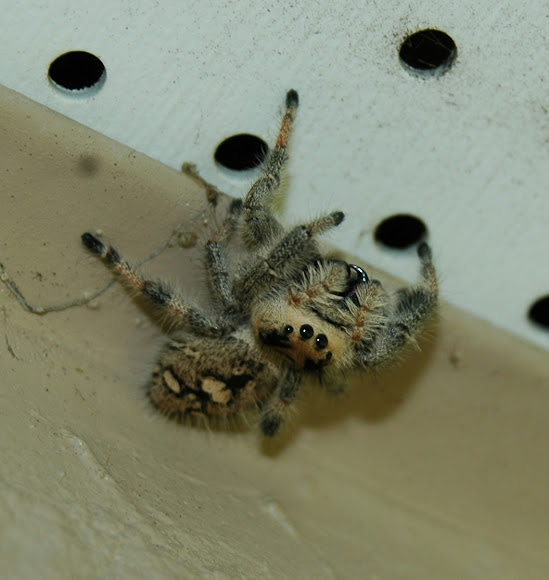 The males are always black with a pattern of white spots and stripes. Females often bear similar patterns to the males, but range in color from shades of gray to a vivid orange.

It can be found in the southeastern United States and the West Indies, and has been introduced to Easter Island. It is most common to the Florida peninsula. Most commonly found in relatively open areas, such as fields and light woodland, with adults usually preferring trees or the walls of buildings as hunting grounds.