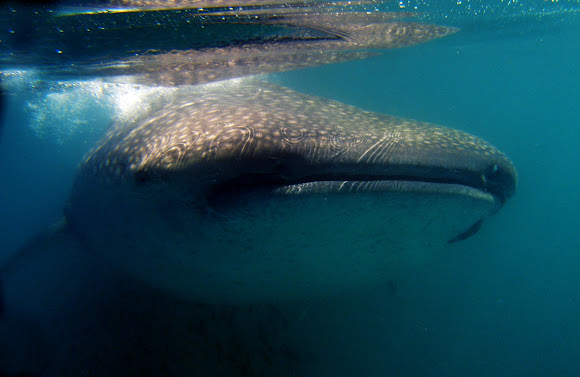 Photo taken open sea near Isla mujeres mexico. Is a slow-moving filter feeding shark and the largest extant fish species. The largest confirmed individual had a length of 12.65 mt and a weight of more than 21.5 tonnes , and there are unconfirmed reports of considerably larger whale sharks. Claims of individuals over 14 mt long and weighing at least 30 tonnes are not uncommon.

Beautiful! Thanks for sharing.

Thanks Alin And Fedra

Thanks Lisa yes very lucky
Thanks Marta for your grate comments.

In Holbox? Is an excellent place to see whale sharks, I recommend it :-)