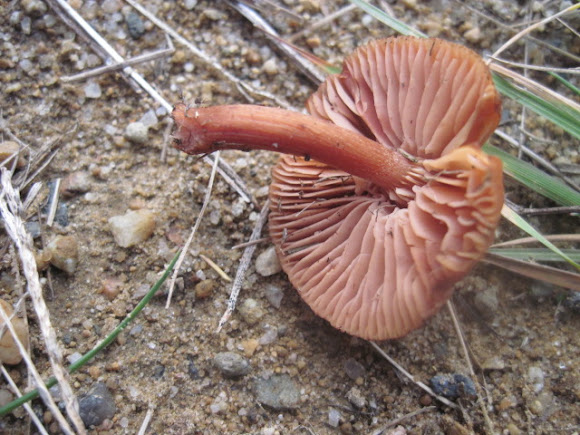 This mushroom is brownish orange. The gills are attached and it doesn't have a collar. We found this mushroom by the road. Kingdom: Fungi Phylum: Basidiomycota Class: Basidiomycetes Order: Agaricales Family: Marasmiaceae Genus: Macrocystidia

We found this mushroom near the road in a dry area. There was 100% sun in this area and there were Pine trees, Oak trees and Birch trees near us.

On a cold November day, Mr. P’s class went outside to look for mushrooms. When we went out, it was brisk and chilly. Our period 7 class had the isle behind our school. This area had lots of trees and lots of sun. Some of the mushrooms we found were in the shade, while others were in the sun. Some were on the sides of trees, some were on the ground. There were various shapes and sizes of mushrooms. My group and I found 3 different kinds of mushrooms. Some yellow, some brown, and some orange. Most of the mushrooms we found were all the same height, but all of the mushroom caps, and colors were different. We found a total of 3 mushrooms. One of the mushrooms we found was brown and had attached gills. We found it near the road and it was on the ground growing up in the grass. When we found it, it was a little damp out. My group and I think it’s Macrocystidia Cucumis. The common name for this mushroom is California Fungi. When we heard this name, we were a little confused. So, we looked it up. We have researched this mushroom and it says that this mushroom is widely distributed in North America.

Thank you!!!
You actually showed the area of the Mushroom!
Most people don't.

The notes were well done and the pictures were top quality. Very descriptive about the mushroom and the close up picture was very well focused.