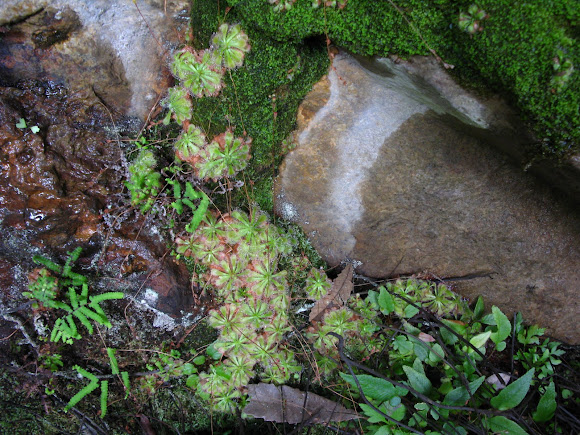 A nice group of plants, each around 2cm in diameter. Carnivorous species.

Found growing on moss under a sandstone overhead.

The sheltered location resulted in these specimens being particularly green and dewy. There was a constant supply of water seeping through the stone, which allowed for the plants to grow quite densely. The location also meant that there was a lot of gnats for them to catch. One of the nicest groups I have seen in the wild.

These mustn't have been getting much light, usually these are really bright red when in full sun.