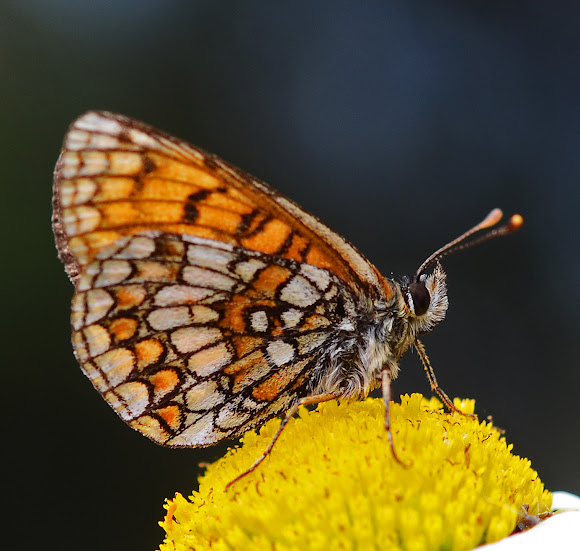 The Heath Fritillary is considered a threatened species in the UK and Germany. It is restricted to a few specialized habitats where it flies close to the ground.The underside shows bands of well-delineated orange and whitish scales. The pattern of white spots at the base of the hindwing (visible on these pictures) is diagnostic for identification.

This butterfly prefers sunny, warm and sheltered woodland and heathland habitats.While the Heath Fritillary is not listed on the IUCN Red List, in the UK the species was once considered to be the most endangered British butterfly and on the brink of extinction after a nationwide survey in 1980 found only 31 surviving colonies. The Heath Fritillary is also on the "Red List" in Germany. In other parts of its European range it remains common.

I like the color and detail. It amazes me when I see butterflies in other parts of the world that look very similar to species in my back yard. It is indeed a small world.