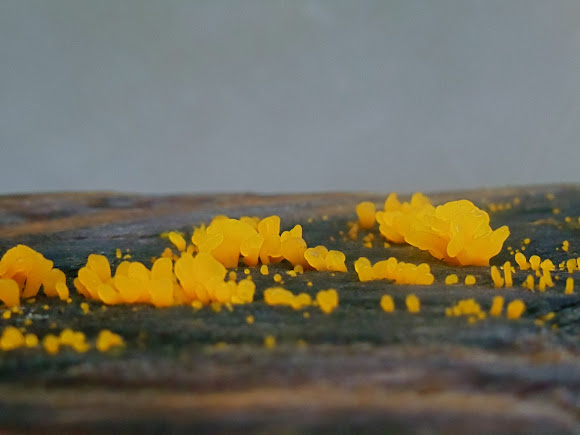 Beautiful orange jelly fungus do not have stems nor gills but have the amazing ability to absorb up to 60% of their mass in water after just a short shower. To me they closely resemble soft coral and after research I found there is a variety of elk-horn fungi just like the coral. This is new and interesting for here as we don't receive much rain but after a shower these sprung up quite unexpectedly. Apparently they are edible but I don't think I will try but I have new found respect for the fungus kingdom and actually search for them now.

Interesting fungus especially the water-holding bit. Let us know if you change your mind and taste them.