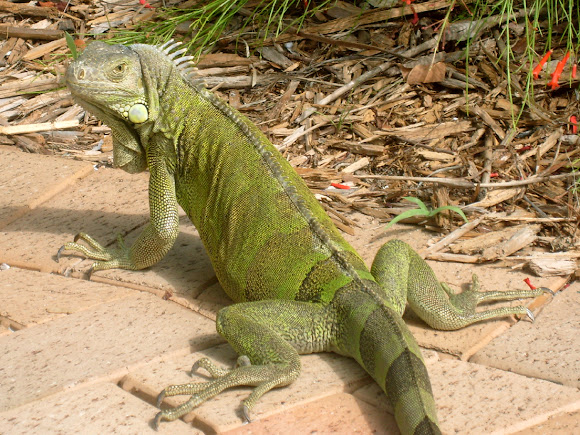 Non-natives were everywhere (every park) I frequented, even the school I work at, but we had a colder than usual winter a few years back and numbers were greatly reduced. I don't know if they are also actively trying to control them.

The word is that they do need to be controlled in many areas of Florida. This one reminds me of the one my son had for 4 years. in PA. When we needed a new home for him we were lucky to find someone anxious to accomodate us.