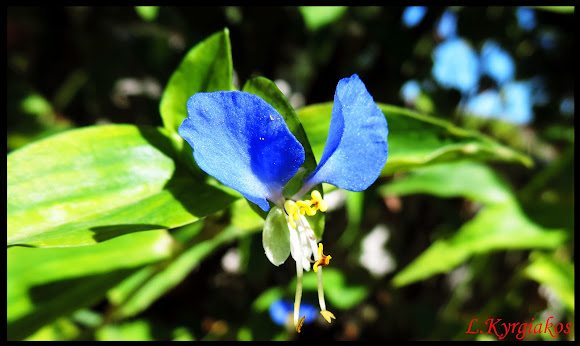 Τhe Asiatic dayflower plant serves as the type species for its large genus. Linnaeus picked the name Commelina in honour of the two Dutch botanists of the Commelijn family, using the two large showy petals of Commelina communis to symbolise them.Τhe Asiatic dayflower is considered a weed both in areas where it was introduced and in certain parts of its native range. In the modern era the plant has found limited use as a model organism in the field of plant physiology due to its complex pigment chemistry and the ease of viewing its stomata.

It is common in disturbed sites and in moist soil.