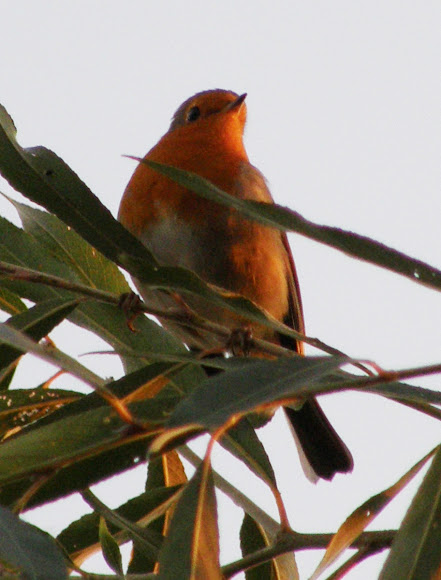 The adult European Robin is 12.5–14.0 cm (5.0–5.5 in) long and weighs 16–22 g (9/16–13/16 oz), with a wingspan of 20–22 cm (8–9 in). The male and female bear similar plumage; an orange breast and face (more strongly coloured in the otherwise similar British subspecies E. r. mesophilus), lined by a bluish grey on the sides of the neck and chest. The upperparts are brownish, or olive-tinged in British birds, and the belly whitish, while the legs and feet are brown. The bill and eyes are black. Juveniles are a spotted brown and white in colouration, with patches of orange gradually appearing.