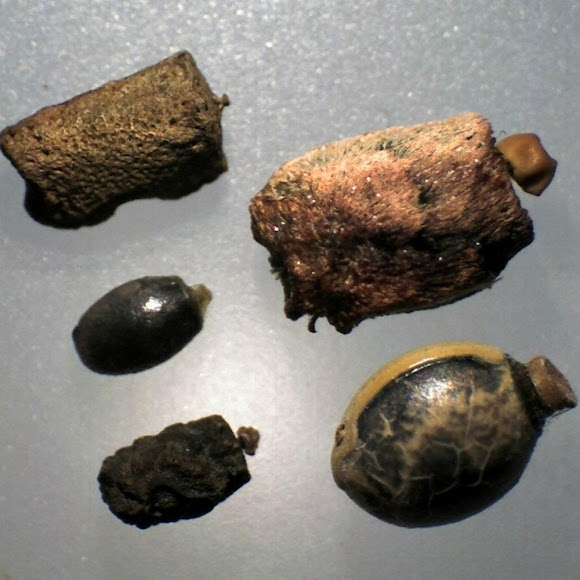 Various eggs of stick insects. Ova (Eggs) imitate seeds, as their parents imitate sticks. Often (but not necessarily) they are carried by ants into their nests to incubate in air conditioned comfort safe from floods, molds, heavy footsteps and hungry vertebrates. The ants carry the egg by the knob (frenulum) on the end and in return the ants eat the sugary knob. Incubation may be between three to 48 months depending on species but is most often about 12 months.

These eggs are all captive bred

The eggs have limited options to protect themselves. You can think of pupae as "second eggs" in the sense that they are immobile. They also use extreme camouflage or coverings to avoid becoming an easy meal.

for anyone who wants to see some more brilliant pottery craftworks ...

Now this is an amazing subject in its own right. It amazes me that they are so into mimicry for their eggs as they are for themselves.