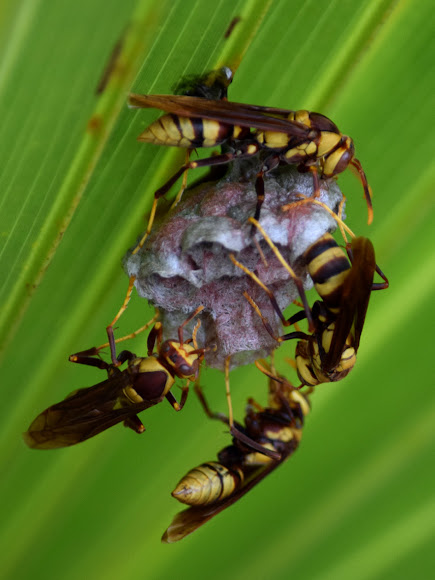 Central America,Puerto Rico, and most commonly found in the Dominican Republic and other areas of Hispaniola. The wasp has also been seen in the United States, namely the states of Florida, Georgia, and Arizona. Recently, it has been spotted in Spain.

These large paper wasps where building a nest safely tucked away under a Sabal Palm frond.