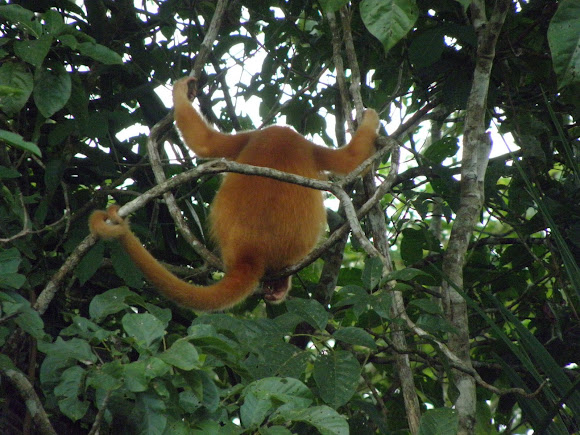 Due to inbreeding, Blondy lacks melanin and is an all over golden color instead of having the brown mantle of her troop. She had been abondoned by one troop and adopted by another. She has yet to sucessfully raise an infant. She had a blond sister. At the time we saw her, she had not been previously seen for over 3 months

Wow last picture is awesome, I can see you are enjoying your trip

She is lovely - I think her condition may be called leucism!
It looks like you had a good trip!

Isn't she just lovely? I need to get the proper term for her condition from our guide tonight.