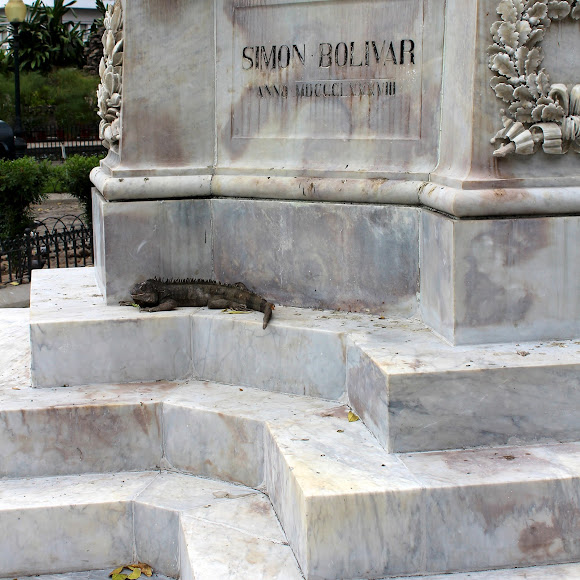 A green iguana hanging out on the Simon Bolivar memorial statue in one of Guayaquil's most famous plazas, Parque Bolívar which is also known as Parque Seminario.

A downtown park area with trees, large shrubs, lawns, and statues for the iguanas to bask on.

I had a night layover in Guayaquil on mainland Ecuador before traveling to the Galapagos Islands. These iguanas were in a downtown park area near my hotel. I wasn't expecting to get a cool reptile spotting in the few hours I had in the morning before departing to the airport to catch my next flight, but it luckily happened... I believe I will have a total of 3 or 4 green iguana spottings from this park. I had an hour or two to walk around the park, and they emerged from their slumbering places at different times in the morning. So these spottings are of different iguanas at different times at different locations within the park.