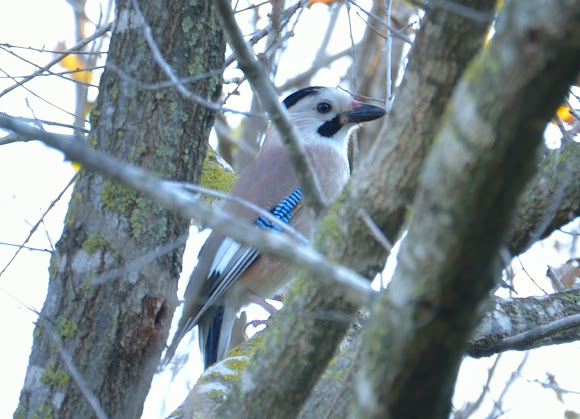 The Eurasian Jay (Garrulus glandarius) is a species of bird occurring over a vast region from Western Europe and north-west Africa to the Indian Subcontinent and further to the eastern seaboard of Asia and down into south-east Asia. Across its vast range, several very distinct racial forms have evolved to look very different from each other, especially when forms at the extremes of its range are compared. The bird is called jay, without any epithets, by English speakers in Britain and Ireland.

A member of the widespread jay group, and about the size of the Jackdaw, it inhabits mixed woodland, particularly with oaks, and is an habitual acorn hoarder. In recent years, the bird has begun to migrate into urban areas, possibly as a result of continued erosion of its woodland habitat.