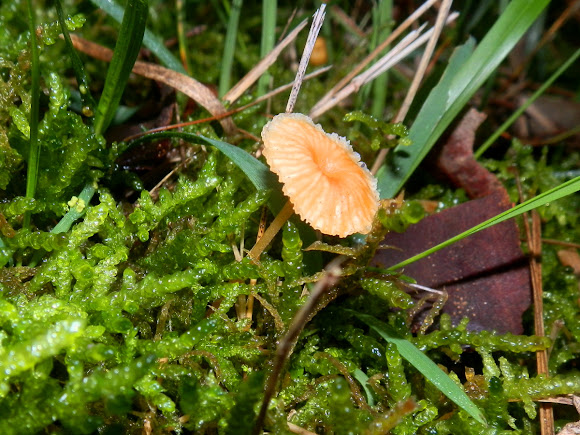 Caps of this bright orange mushroom were no more than 10 mm with a deep central depression. Younger fruiting bodies were almost hemispherical, flattening out as the mature. Caps showed some striation and margins were wavy.
Stipe was smooth and slightly paler than the cap.
I could not get a good shot of the gills which are strongly decurrent (running down the stipe)

Spotted in moss beds in a national park.

This genus of fungi are bryophilous, meaning that they are always associated with moss (bryophyta). The fungus directly invades the moss stems but does the moss no harm.
Family: Rickenellaceae