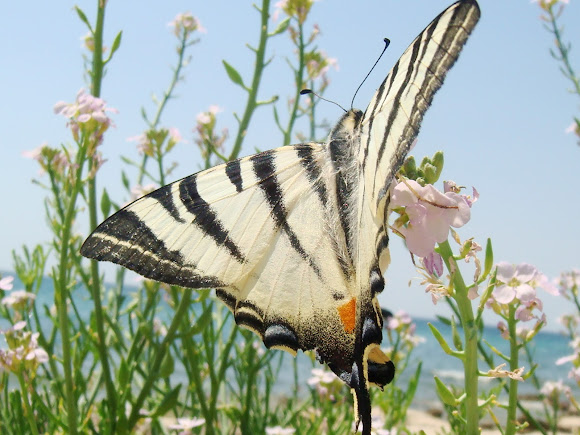 It is widespread throughout Europe with the exception of the northern parts. Its range extends northwards to Lower Lusatia and central Poland and eastwards across Asia Minor and Transcaucasia as far as the Arabian peninsula, Pakistan and the Republic of India, and western China. A few specimens of the Scarce Swallowtail have been reported from central Sweden and the UK but they were probably only strays and not migrants. The scarcity of UK migrants is responsible for the English common name. In the Alps it can be found up to altitudes of 1600 m.

Thank you James....I share your opinion, this fact is quite amazing!

Lavi...I like your Swallowtail photos. I took some photos of a Western Tiger Swallowtail in the mountains outside Las Vegas, which is posted in my spottings. It looks very similar to yours...and we are continents away from each other.

Thank you for the welcome LuisStevens :-)