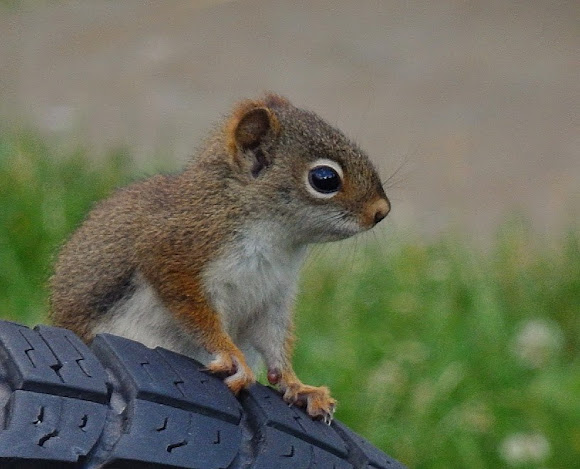 Red squirrels can be easily identified from other North American tree squirrels by their smaller size, territorial behavior and reddish fur with a white venter (underbelly). Red squirrels are somewhat larger than chipmunks. The Douglas squirrel is morphologically similar to the American red squirrels, but has a rust-colored venter and is restricted to the southwestern coast of British Columbia and in the Pacific Northwest of the United States. These species' ranges do not overlap. - from Wikipedia

This cute little baby was born near my place.