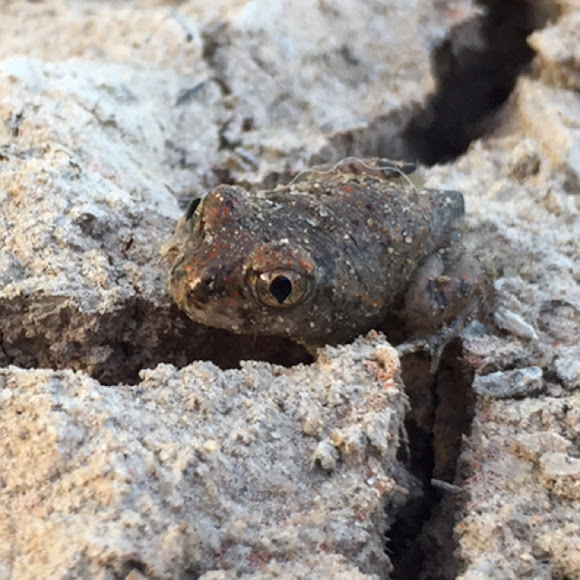 This is a young spadefoot. It was about the size of my thumbnail. It appeared to have a dark green color with red patches. I know it is some kind of spadefoot because its eyes have vertical pupils.

This spadefoot was on the edge of a pond left by flash flood water.

There were several tadpoles in the water nearby, but I saw no other spadefoots on land. I am pretty sure this is a spadefoot because of the habitat and its pupils but I do not know what species. The spadefoot (sometimes called toads but this is not technically true) are named for dark hardened patches or "spades" on their hind feet that they use to burrow. They bury themselves in the sand to stay moist for most of the year and surface after rainstorms to congregate in pools of water left behind by the storm. They lay their eggs in these pools. The tadpoles must rapidly mature to be able to escape underground before the pool dries up again.