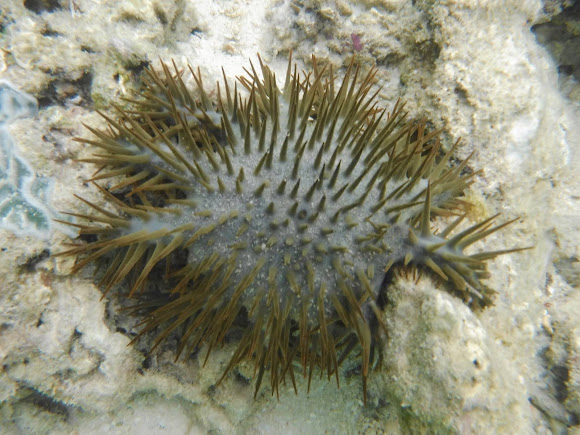 About 30cm in size, grey-green color, with a central disk and flexible, prehensile, and spined radiating multi arms. It is one of the largest sea stars in the world.

Spotted at Pulu Cinta, a sandy atoll reef at Sulawesi, Indonesia. It can be found across Indo-Pacific area, Australia, tropical and subtropical latitudes from the Red Sea and the east African coast across the Indian Ocean, and across the Pacific Ocean to the west coast of Central America. Usually preys upon hard, or stony, coral polyps.