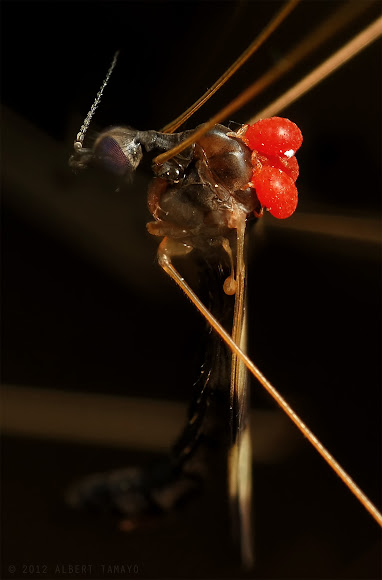 Phoresy is usually defined as a method of dispersal, whereby other organisms "hitches" a ride by clinging to the body of another, usually much bigger organism, and dropping off when a new suitable habitat is reached. However, more generally, phoresy involves a relationship in which one organism is transported by the other, either permanently, or at least for some essential stage in the life cycle.

The second picture is a cropped version showing a closer view of the red mites.