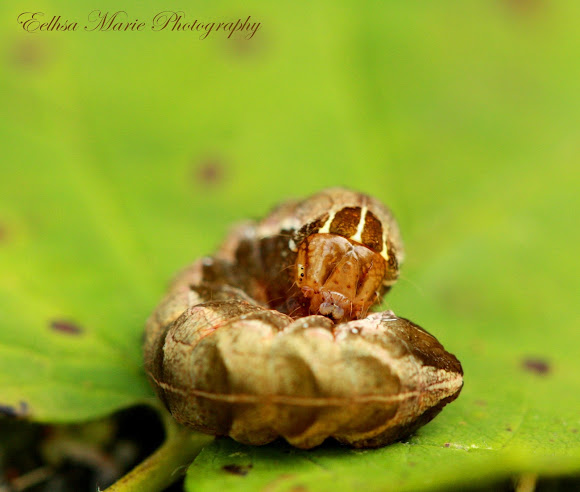 Two colour variants of this caterpillar exist, either light brown or green. Two generations occur each year and adult moths emerge and fly from May through September.

The caterpillar of the Hitched Arches Moth feeds on a wide variety of plants and shrubs, including: alder, honeysuckle, birch, willow, goldenrod, trefoil, dandelion, clover, alfalfa, and asparagus. They live in wooded areas, along bush edges and in clearings. The Hitched Arches Moth can be found across Southern Canada and the Northern U.S. south to Virginia and Kentucky.

I found this particular caterpillar beside an bush trail, on a shrub. When searching for an identification I discovered a very nearly identical species that apparently is native to Europe and the U.K. and does not occur in North America. http://en.wikipedia.org/wiki/Dot_Moth