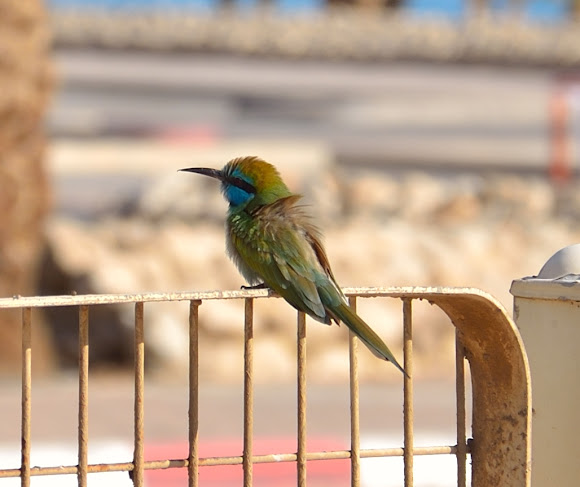 is a near passerine bird in the bee-eater family. It is resident but prone to seasonal movements and is found widely distributed across sub-Saharan Africa from Senegal and The Gambia to Ethiopia, the Nile valley, western Arabia and Asia through India to Vietnam. They are mainly insect eaters and they are found in grassland, thin scrub and forest often quite far from water. Several regional plumage variations are known and several subspecies have been named.

grassland, thin scrub and forest often quite far from water

thank you marta! yes they really are pretty. i saw alot of them today but got few pictures :-)