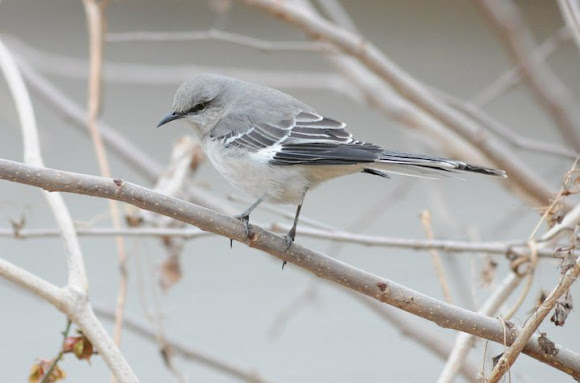 The Northern Mockingbird is the only mockingbird commonly found in North America. This species was first described by Linnaeus in his Systema Naturæ in 1758 as Turdus polyglottos. The Northern Mockingbird breeds in southeastern Canada, the United States, northern Mexico, the Bahamas, the Cayman Islands and the Greater Antilles. It is replaced further south by its closest living relative, the Tropical Mockingbird. The Socorro Mockingbird, an endangered species, is also closely related, contrary to previous opinion. The bird is the state bird of Arkansas, Florida, Mississippi, Tennessee and Texas. This bird is mainly a permanent resident, but northern birds may move south during harsh weather. This species has occurred in Europe as an extreme rarity. (information from Wikipedia)