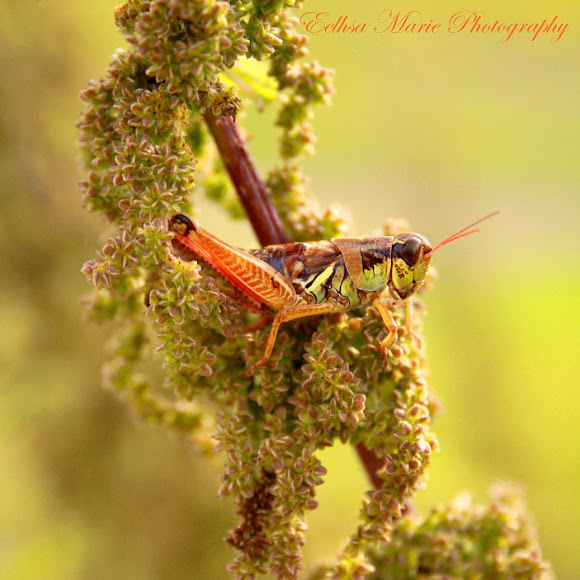 The Red-Legged Grasshopper is named for its distinctive red hing legs. This grasshopper can have many colour variations from greyish, pink, yellow, orange and blue. This extreme variation often makes this grasshopper difficult to distinguish from other species. (And because the rare blue and yellow forms do not have the identifying red hind legs). The males are most easily correctly identified due to their enlarged abdomen and the "U" shaped subgenital plant easily seen from behind. Females and nymphs are much more difficult to identify.

The Red-Legged Grasshopper can be found across the majority of North America except for the Arctic and higher, dryer elevations. They exist in various habitats, preferring open and sunny locations such as forest clearings and fields.