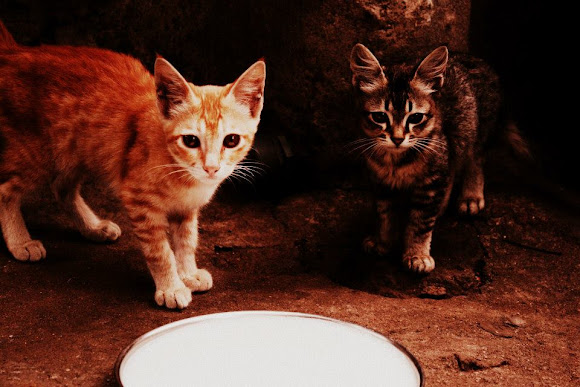 This cat gives the initial impression of being a miniature leopard. It has a long, lean, somewhat muscular body and a low slung walk, along with spots. The most desired shape of spots on the cats is round, yet somewhat blockish. Triangular, oval, or square spots are acceptable also. The Spangle's coat may be any of the following colors: bronze, gold, blue, brown, charcoal, red, black, silver, or white.They have conspicuous cheekbones and light, large whisker pads. Spangles may look wild, but are purely domestic and adore playing and interacting with their people.

The California Spangled is a breed of domestic cat that was bred to resemble spotted wild cats, like the ocelot and leopard. They were originally bred in the 1980s and were only ever a rare breed, and usually expensive, priced between US$800 and $2,500.[citation needed] The popularity of two other spotted cats breeds, the Ocicat and the Bengal, overshadowed their development. Inspired by the poaching death of a leopard, the anthropologist Louis Leakey motivated Paul Arnold Casey, Jr. of California to breed a domestic cat resembling a small leopard in order to emphasize how important it was to preserve the leopard. California Spangled cats are a crossbreed of many strains, including the Abyssinian, American Shorthair and British Shorthair. Despite their wild appearance, they are completely domestic.