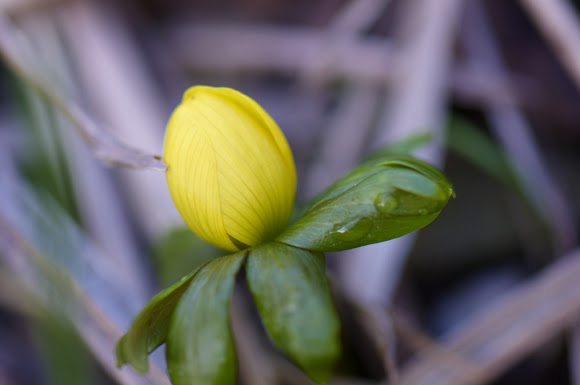 Eranthis (Winter aconite) is a genus of eight species of flowering plants in the family Ranunculaceae (Buttercup family), native to southern Europe and east across Asia to Japan. They are herbaceous perennial plants growing to 10-15 cm tall. The flowers are yellow (white in E. albiflora and E. pinnatifida), and among the first to appear in spring, as early as January in mild climates, though later where winter snowpack persists; they are frost-tolerant and readily survive fresh snow cover unharmed. The leaves only expand fully when the flowers are nearly finished; they are peltate, 5-8 cm diameter, with several notches, and only last for 2-3 months before dying down during the late spring. (Wiki)