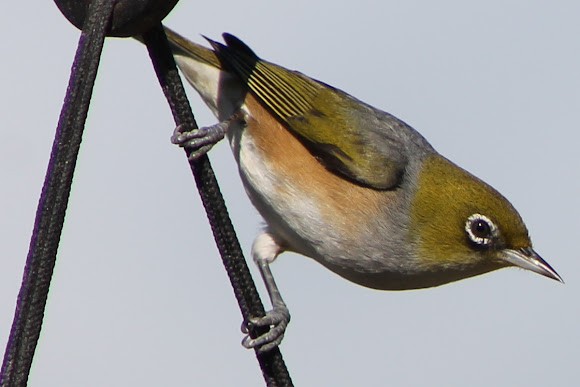 Silver eye (Zosterops lateralis) – also known as the wax-eye, or sometimes white eye – is a small olive green forest bird with white rings around its eyes. They have a fine tapered bill and a brush tipped tongue for drinking nectar.They were first recorded in New Zealand in 1832 but it was not until 1850 when they colonised New Zealand from Australia in large numbers. It is now one of New Zealand's most abundant and widespread bird species.