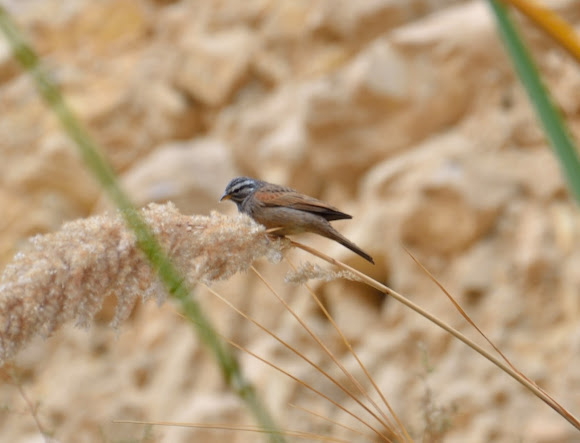 This bird is 16cm in length. The breeding male has chestnut upperparts, unmarked deep buff underparts, and a pale grey head marked with black striping. The female Rock Bunting is a washed-out version of the male, with paler underparts, a grey-brown back and a less contrasted head. The juvenile is similar to the female, but with a streaked head. There are four races differing mainly in the plumage shades, although the subspecies which breeds in Europe, Africa and western Turkey is the only one to show white wing bars.