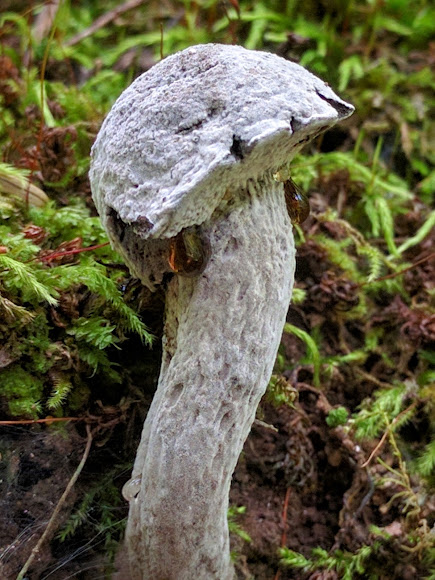 Bolete infected with bolete eater mold. "The bolete eater infects boletes, initially with a thin whitish layer which then becomes golden and finally a reddish brown pimpled appearance. The bolete's flesh softens and is putrescent by the third stage."

Wow! That is so cool, CorduneanuVlad - thanks for identifying that for me!