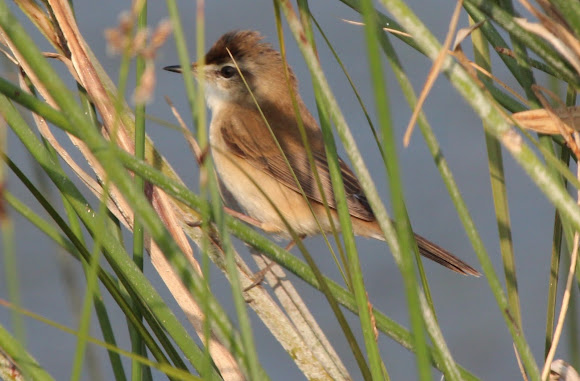 The adult has an unstreaked pale brown back and buff underparts, with a warm brown rump. There is a clearer whitish supercilium and the bill is short and pointed. The sexes are identical, as with most warblers, but young birds are richer buff below. Like most warblers, it is insectivorous. The song is fast and similar to Marsh Warbler, with much mimicry and typically acrocephaline whistles added. Its song is weaker and more rhythmic than that of its relative.

It breeds in temperate central Asia. It is migratory, wintering in Pakistan and India. It is a rare vagrant to western Europe.

Hahaha Ashish, for every bird that I see, I usually click 10-15 pics minimum. If I get the chance that is.

I wonder how much shots you took for this cute bird...!!

Thanks Ashish! One of the jewels of my collection.

Thank you very much, Antonio.

Thanks, Alice, Yogesh and Nicole. Yogesh I may not have the best collection but the recent tour was fruitful. Thanks for such a good comment.