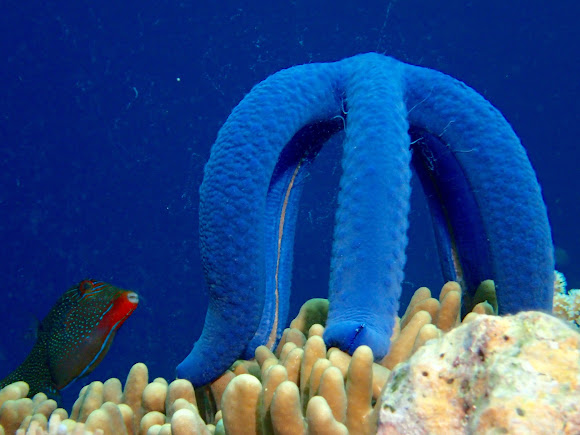 Linckia laevigata (sometimes called the "blue Linckia" or blue star) is a species of sea star (commonly known as a starfish) in the shallow waters of tropical Indo-Pacific. They are quite common and can be found in abundance in Philippines. The genus Linckia, as is true of other species of starfish, is recognized by scientists as being possessed of remarkable regenerative capabilities, and endowed with powers of defensive autotomy against predators. When spawning, the Blue Sea Star 'stands' on their legs as in the pictures. Although not yet documented, L. laevigata may be able to reproduce asexually.

Thanks, @AshleyT for the nomination :)

Wow!! That is just incredible!!

Thanks, @ChristCutter, for your appreciation :)