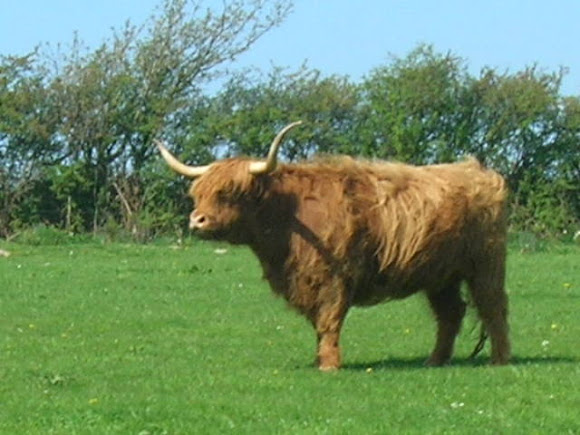 Highland cattle or kyloe are a Scottish breed of beef cattle with long horns and long wavy coats which are coloured black, brindled, red, yellow or dun. The breed was developed in the Scottish Highlands and Western Isles of Scotland. Breeding stock has been exported to the rest of the world, especially Australia and North America, since the early 20th Century. The breed was developed from two sets of stock, one originally black, and the other reddish.