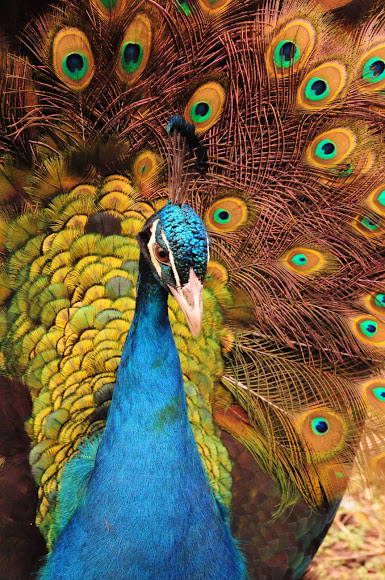 Spotted at Jimmy's farm, showing me its tail feathers!! Peacocks are the extravagant and showy national birds of India. The males are adorned with the most spectacular, fan-like spread of rear feathers. Although they're not really tail feathers, they make up an elaborate train which they use to attract females. The peahens choose their mate based on the length of the feathers and the eyespots on them. Known also as Indian peafowls, peacocks are deceptively agile, escaping predators on foot or even taking to the air. Though native to the woodlands of south Asia, they are also often seen gracing the lawns of stately homes in Britain.