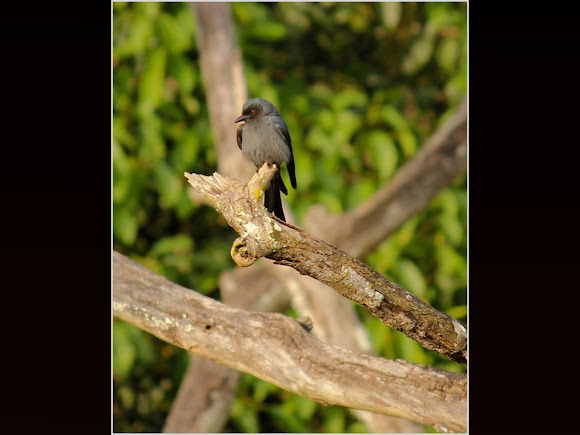 The adult Ashy Drongo is mainly dark grey, and the tail is long and deeply forked, There are a number of subspecies varying in the shade of the grey plumage. Some subspecies have white markings on the head. Young birds are dull brownish grey.

The Ashy Drongo breeds in the hills of tropical southern Asia from eastern Afghanistan east to southern China and Indonesia. Many populations in the northern part of its range are migratorym,subspecies beavani (after Robert Cecil Beavan) as the population that breeds along the Himalayas that wintered in peninsular India which also has a population that breeds in central India. In winter, the species is particularly fond of hill forests.

An unusually cold Jan morning with the best part of the morning in a thick mist, I was able to get this chap just as the sun started to make its presence.