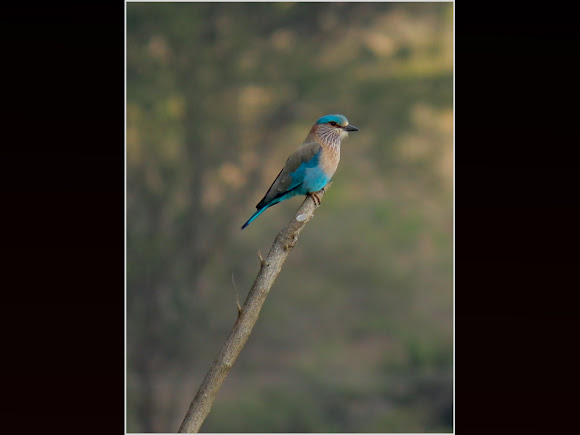 They are found mainly in the Indian Subcontinent, but also in a wider arc stretching from Iraq to Thailand and are best known for the aerobatic displays of the male during the breeding season. They are very commonly seen perched along roadside trees and wires and are commonly seen in open grassland and scrub forest habitats. It is not migratory, but undertakes some seasonal movements. Several states in India have chosen it as their symbol. The Indian Roller is a stocky bird about 26–27 cm long

The main habitat is cultivation, thin forest and grassland. They are often seen perched on roadside electric wires. This roller is found mainly on the South Asian mainland but extends into Sri Lanka, the Lakshadweep and Maldive Islands and into Southeast Asia and parts of West Asia.

Thanks atul, How you doing in the new year, let me know if you every come to Bangalore we can catch up !!