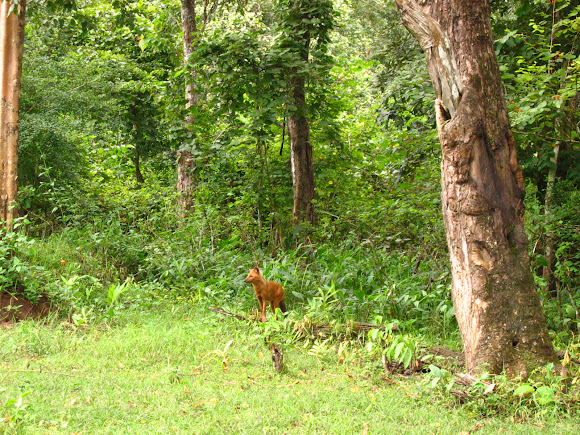 The dhole (Cuon alpinus) is a species of canid native to South and Southeast Asia. It is the only extant member of the genus Cuon, which differs from Canis by the reduced number of molars and greater number of teats. The dholes are classed as endangered by the IUCN, due to ongoing habitat loss, depletion of its prey base, competition from other predators, persecution and possibly diseases from domestic and feral dogs

The dhole is a highly social animal, living in large clans which occasionally split up into small packs to hunt. It primarily preys on medium-sized ungulates, which it hunts by tiring them out in long chases, and kills by disemboweling them. Unlike most social canids (but similar to African wild dogs), dholes let their pups eat first at a kill. Though fearful of humans, dhole packs are bold enough to attack large and dangerous animals such as wild boar, water buffalo, and even tigers.

Wonderful series on this endangered animal. Thanks for the info!