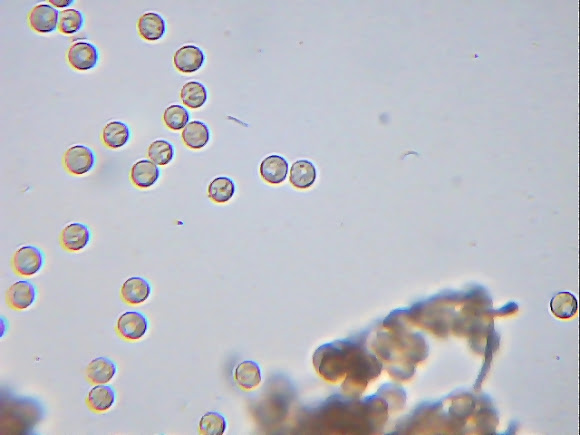 SPORES lilac-brown, with a small, pale, rounded germination pore, verruculose, 7.5-9.0 µm diam. CAPTILLITIUM forming a dense internal flexuose net with the main branches connected to the columella along its whole length, often forming a surface net in the basal part, around the top usually with loops and free ends. [here the imature spotting ---> ( http://www.projectnoah.org/spottings/851... ). Here the matured specimen---> ( http://www.projectnoah.org/spottings/852... )]

Members of this family typically have dark coloured spore mass. The typical type of fruiting body produced is a stalked sporangium. A capillitium is always present and many species have a prominent columella ( http://www.hiddenforest.co.nz/slime/inde... )