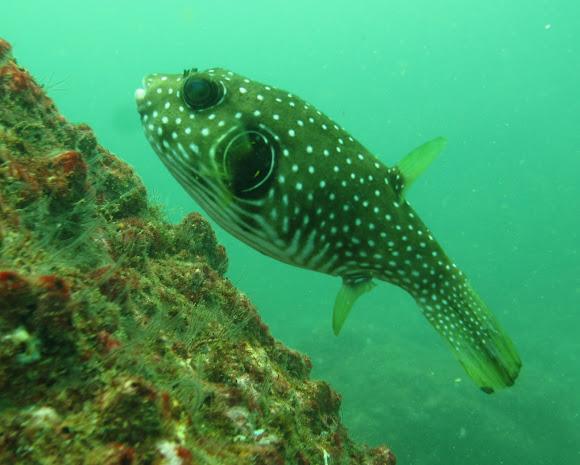 Grayish/green with white spots, small beak like mouth, with eyes high on the head. Dark & white rings around the base of the pectoral fin. Upto max 48 centimetres.

On coral & rock reefs & slopes. From 6 to at least 40 metres depth. Solitary, feeds day & night on algae and invertebrates, including seastars. In Eastern Pacific found from Baja California to Panama

Skin, intestines and organs contain highly toxic tetraodotoxin - a very potent neurotoxin, which is produced by a bacterium. When threatened inflates by drawing in water.