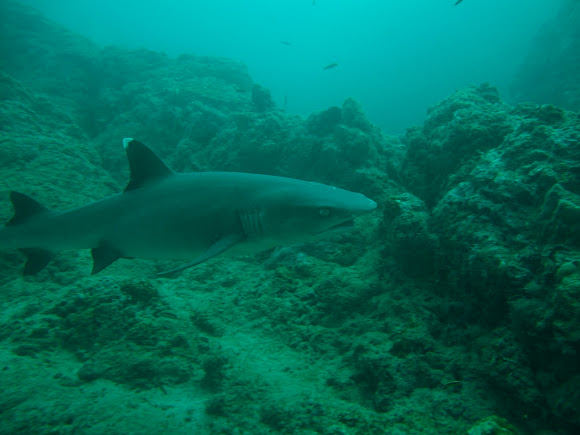 Clear white tips on the first dorsal fin and upper lobe of the tail. A slender shark with a blunt head, somewhat grey brownish. Upto over 2 metres in length.

Often found resting at the bottom on rocky reefs, boulder areas and inside caves. Upto at least 110 metres depth. Mostly active in groups, especially at night when hunting for prey. Feeds on small fish, octopus. Tropical Indo-Pacific, in Eastern Pacific found from Nicaragua to Colombia, including Isla de Coco, Malpelo, and Galapagos islands

Curious, will approach at close range. Considered harmless, but has sometimes bitten divers when harassed. As sluggish as they may seem during daytime, wait & see how they behave during nighttime: a whole different animal!