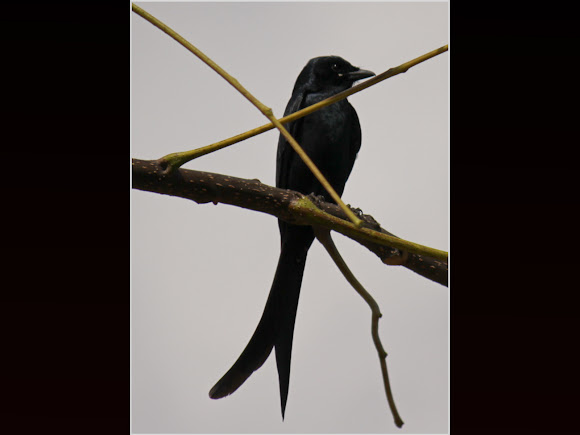 is a small Indomalayan bird belonging to the drongo group. They are resident in the forests of the Indian Subcontinent and Southeast Asia. They capture insects flying in the shade of the forest canopy by making aerial sallies from their perches. They are very similar to the other drongos of the region but are somewhat smaller and compact with differences in the fork depth and the patterns of gloss on their feathers.

The Bronzed Drongo is found in the Western Ghats and Eastern Ghats of India and the lower Himalayas from western Uttaranchal eastwards into Indochina int Hainan, the Malay Peninsula, Sumatra and northern Borneo. This species is usually found in moist broadleaved forest