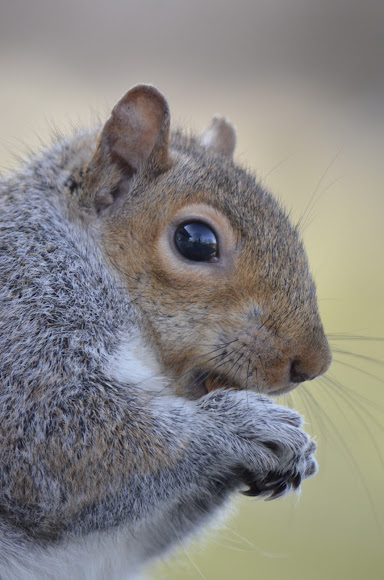 This was a large fluffy squirrel spotted in Washington D.C. It was mostly grey but also had some brown coloring on it, as seen on it's face.

This squirrel was at a small gift shop located at the Lincoln Memorial. People were feeding him some m&m s , skittles, and chocolate chip cookies. More of these squirrels were spotted at a park right near the Capitol, and Union Station. Here I saw an albino one, but didn't have a chance to take a picture.

Lovely portrait! A pity he is being fed such inappropriate tidbits though.