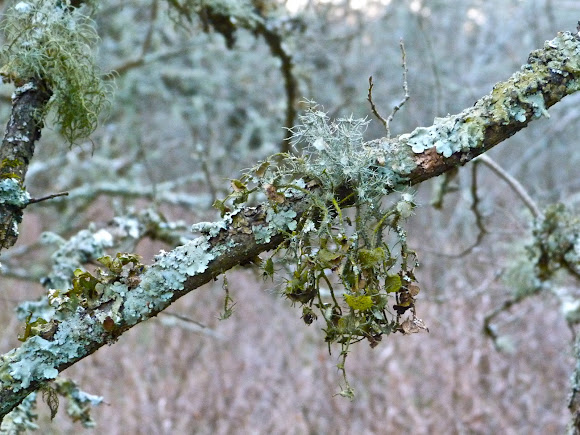 Usnea is the generic and scientific name for several species of lichen in the family Parmeliaceae, that generally grow hanging from tree branches, resembling grey or greenish hair. It is sometimes referred to commonly as Old Man's Beard, Beard Lichen, or Treemoss. Usnea looks very similar to Spanish moss, so much so that the latter plant's Latin name is derived from it (Tillandsia usneoides, the 'Usnea-like Tillandsia'). Usnea grows all over the world. Like other lichens it is a symbiosis of a fungus and an alga. The fungus belongs to the division Ascomycota, while the alga is a member of the division Chlorophyta.