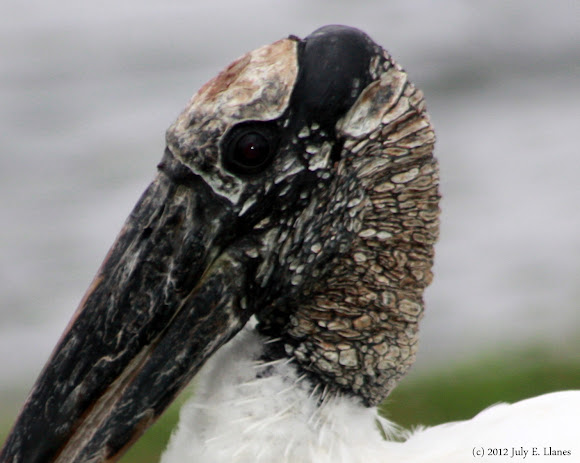 This is a subtropical and tropical species which breeds in much of South America, Central America and the Caribbean. The Wood Stork is the only stork that presently breeds in North America. In the United States there is a small and endangered breeding population in Florida, Georgia, and South Carolina, along with a recently discovered rookery in southeastern North Carolina. On the other hand, in Santa Catarina state (Brazil), its decline seems to have been reversed: after an absence between the late 1960s and the mid-1990s, the species is now again regularly encountered there, in particular in the Tubarão River region.[4] It is likely that the Paraná River region's wetlands served as a stronghold of the species, from where it is now re-colonizing some of its former haunts.[5] Globally, it is considered a Species of Least Concern by the IUCN due to its large range.[6]