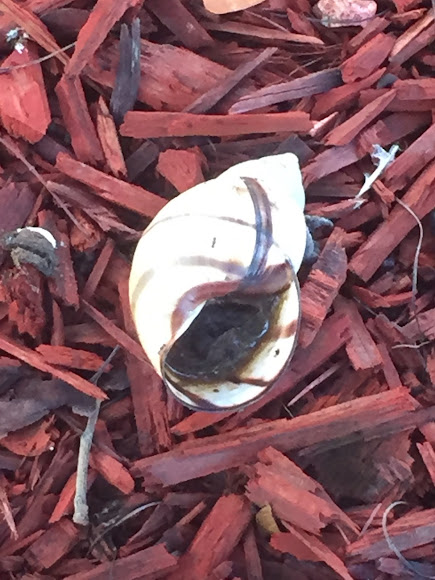 The small snail with two entrenas slowly but quick at hiding has been dead by blackish brownish blood inside the shells.

The snail was living in the forest by the school near the breezeway. The temperature was 72* time was 8:20 A.M. the climate was quite humid

we saw brown blood on the shells assuming birds grab on to the shells and peck inside the shells eating the snails slowly. First hint is the dead bird, why was it dead we'll see next time the mysterious dead bird will be solved by Sherlock Homes. Second hint the growing small mushrooms, well now we see that whether snails eat mushrooms or not. Hint three "moss", there is too much moss but too little information who knows if snails eat moss who knows internet may not know that only the discovery will be found by the class of zoology.

Spotted by a stud ent at ACC