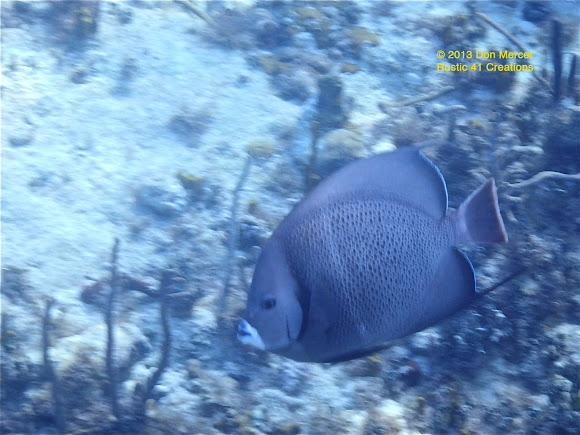 This is a large angelfish that is predominantly gray with a white mouth and a yellow pectoral fin, as seen from above when it is extended and not beside the fish's body, as seen in this image.

This fish is found in the western Atlantic from New England south through the Caribbean to the coast of northern and central Brazil.

While only one specimen was seen when snorkeling one afternoon above Rainbow Reef off the coast of Nassau in the Bahamas, this fish appeared to be more curious than most and swam right by me. It feeds mostly on sponges and is usually found in warm waters, especially around reefs.