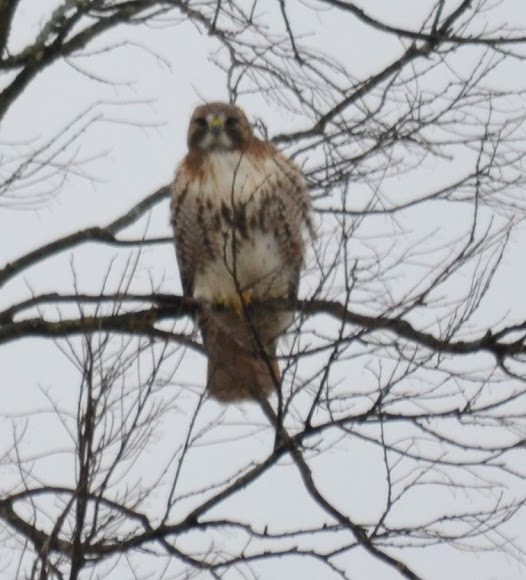 Stocky and broad with rounded wings and short tail. Striking red tail of adult distinctive. The underbelly is lighter than the back and a dark brown band across the belly, formed by horizontal streaks in feather patterning, is present in most color variations. The red tail, which gives this species its name, is uniformly brick-red above and pink below. The bill is short and dark, in the hooked shape characteristic of raptors. They have short, broad tails and thick, chunky wings. The cere, the legs, and the feet of the Red-tailed Hawk are all yellow.

Nests in tall trees with open feeding areas nearby. Solitary. Uncommon but widespread, commonly seen perched on trees, poles, or fenceposts along roads or fields.