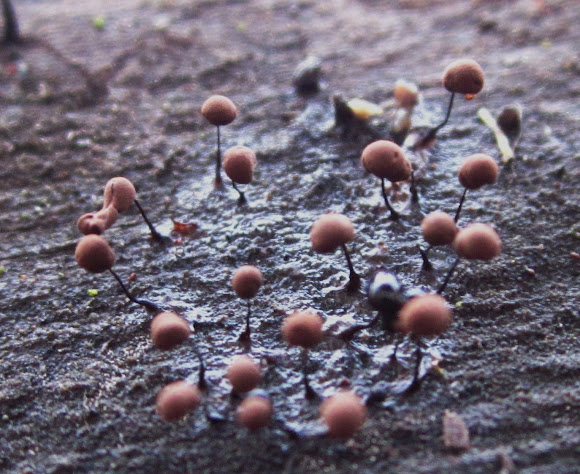 SPOROCARPS scattered or in small groups, up to 9 mm tall, though smaller and always ± spherical in moist-chambers. STALK usually at least 66% of the total height, black, consisting of netted fibres at least at the base. COLLUMELLA reaching at least half way up the sporotheca but usually almost reaching the apex, where it merges into the capillitium. [this spotting is the same species than this imature specimen ---> ( http://www.projectnoah.org/spottings/851... ).]