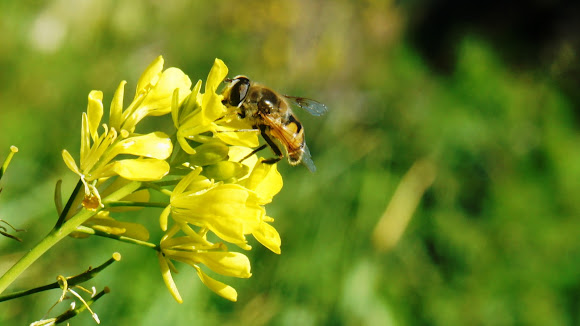 Apis cerana is a subspecies of honeybees, there are two subspecies of A.Cerana which are Apis cerana cerana and Apis cerana indica, these species are similar to Apis mellifera, and A.mellifera tends to be slightly larger than A.cerana and can be readily distinguish them. A. cerana is one of the predominant species found and domesticated in India, Pakistan, Nepal, Burma, Bangladesh, Srilanka, Thailand and mainland Asia. These are less aggressive than any wild bees and also less swarming behavior and can be easily used for beekeeping.

There are eight subspecies of A. cerana are currently recognized out of eight two of subspecies are predominant and used for Apiculture in India are: Apis cerana cerana and Apis cerana indica, these species are similar to Apis mellifera except in color A. cerana indica is black stripes on their abdomen and they live close to hilly areas and are sometimes seen in plain regions, A. cerana cerana has yellow stripes on their abdomen and habituated to plain regions of India, and A. mellifera tends to be slightly larger than A. cerana and can be readily distinguished from A. mellifera. These are less aggressive and also less swarming behavior than any other wild bees such as Apis dorsata and Apis florea and can be easily used for beekeeping.