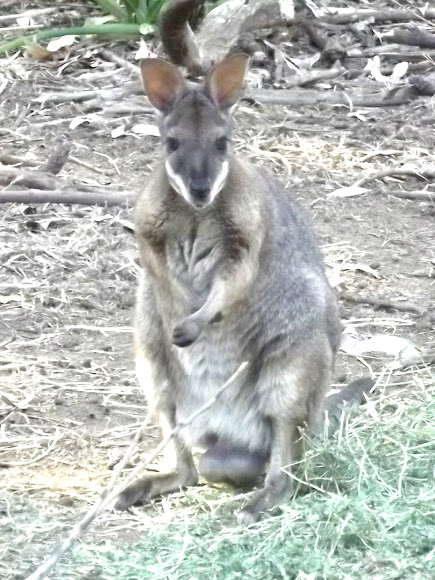 This small uncommon wallaby has darker grey fur along the back with an even darker, sparsely furred tail.. They have a distinctive white patch under their cheeks.

Grasslands at the edges of denser bush and rainforests. This spotting is at a wildlife park.

This is the smallest species of macropus (Kangaroo group) and once thought extinct they were brought back from populations introduced to New Zealand. Others were since discovered in NSW and are considered almost secure.