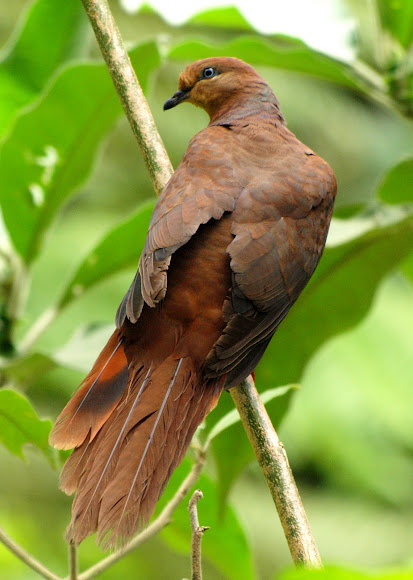 The Brown Cuckoo-Dove is a large brown pigeon of rainforests, with a very long, tapering tail. There is a pale streak below the blue-grey eye and a red eye-ring. The female has a brighter chestnut cap and a scaly pattern on the breast. The legs and feet are red. Their flight is strong and graceful, usually low among the trees. This species is also known as the Brown, Pheasant or Large-tailed Pigeon.

This is a pigeon of rainforests and wet sclerophyll forest, particularly at the forest edges, along creeks and rivers. Brown Cuckoo-Doves are often found in regrowth along roads, in clearings and in weedy areas like lantana.